Notre-Dame-des-Landes and the risks of activism 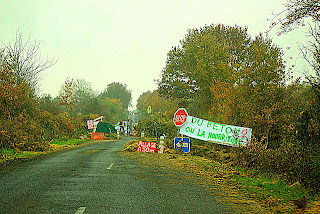 Even if it is hardly a priority, I suspect that a significant minority of my readers have heard about the Notre-Dame-des-Landes question. For those who haven’t, I will summarize it. Notre-Dame-des-Landes (Our Lady of the Moors in English) is a rather unremarkable village in the southern Breton countryside, which happens to have been chosen as the location of a future airport. Locals have predictably been upset about that choice and saying that the project has met with some resistance is the mother of all understatements. Things have turned even more messy when Jean-Marc Ayrault, mayor of nearby Nantes, has been appointed as Prime Minister of France with clashes between protesters and the anti-riot police making the headlines of the national papers.

The atmosphere has somewhat cooled down, but the project is still highly controversial, with a lot of people investing a lot of mythology in it. Of course, the promoters of the project live in a world which already no longer exists. Building a new airport while oil production has been stagnant for nearly a decade is patently absurd and only the prevalence of the mythology of progress in our society makes possible for this weird idea to be still defended.

Yet the opponents have their own set of issues, which are actually causing the support for them to erode. As always in such cases, the core of the opponents to the project are locals, with mostly local issues. Those can greatly vary. In some cases it is pure unadulterated not-in-my-backyard-ism, in others it is peasants clinging to their lands or villagers unwilling to abandon their rural lifestyle. Many elected officials refuse a project which will strengthen the already strong influence of nearby Nantes over the area and favor a distributed network of mid-sized cities over the center-periphery model so characteristic of French geography.

These reasons are perfectly legitimate, including the not-in-my-backyard-ism. The whole point of local democracy is after all to provide peripheries with the wherewithal to defend their interests. This is, for instance, what happened in Plogoff at the very end of the seventies.

This village had been chosen as the site of a nuclear plan – a public interest project according to the state and to the departmental council. Locals were not exactly enthusiastic, and protested with the help of ant-nuclear activist from all over Brittany. It was ,in many ways, the defining fight of a generation, and local mayors and councilors were at the forefront of it. This is probably why the struggle to keep the Baie des Trépassés plutonium-free was not highjacked by ambitious would-be ministers or militant professional revolutionists. This is also why when François Mitterand won the 1981 presidential election, he swiftly canceled the project.

Unfortunately, the fight against the airport at Notre-Dame-des-Landes is unlikely to go the same way. Even if the project is canceled after the resignation of Jean-Marc Ayrault as a prime minister (probably in 2014, after municipal elections which are likely to go badly for the conventional left), it will left a bitter aftertaste in many people’s mouth, and not only its promoters’.

France uses a two rounds voting system, even in elections with multiple winners, so smaller left parties have a strong incentive to ally with the dominant socialist party if they want to have elected officials. The Greens are no exception, but in the context of the Notre-Dame-des-Landes area, they also they also need to push the fires of contest to gather votes and support. The result has been rather schizophrenic. The Greens sit in every executive body supporting the project, from lowly municipal councils to the Government of France while vocally opposing it in the field. Of course, except for a few local mavericks, they will never vote against socialist candidates, and of course, their ministers won’t resign from the government.

The most likely response in such a situation is noisy tokenism. Politicians tend to love tokenism as it is a cheap way to get votes, at least for a time. Greens are more vulnerable to this temptation since they are basically a revitalization movement, the whole point of which is to perform symbolic acts so as to turn our society into a sustainable one without having to pay the price for it. 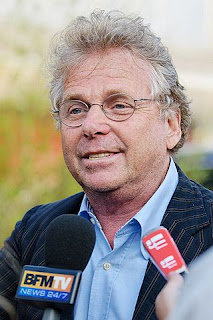 Of course, abandoning one’s core values for a few seats in a government or a municipal council has also a price. It tends to breed distrust. In France this process is already fairly well advanced, to the point that Daniel Cohn-Bendit, a leading figure in French political ecology and Member of the European Parliament could recently write :

We exist in the Senate, in the Parliament and in the Government but no longer in the society at large. Our institutional successes are not associated with a dynamic among citizens, quite the contrary. Our image has become detestable. We have failed where we wanted to restore hope by doing politics another way. Today we embody the unbearable lightness of arrivism [...] When we see her in a documentary film, brandishing her pen and swearing she will never sign an agreement with the PS if it does not include the abandonment of nuclear power, then, of course, we sign it because it is a good agreement, it is devastating.

I might add it is also devastating for whatever cause they defend, even if they are sincere.

Radicals are another problem. There is nothing wrong with radicalism per se. I am quite radical in many ways and one can argue that the true radicals are the defenders of the status quo since their stated ambition is to go against the most basic laws of the universe.

There is however a difference between being a radical and being obnoxious, and this line has been crossed many times in Notre-Dame-des-Landes. Fitting in, being a good neighbor is a big part of preaching by example. It is not ego-flattering, however. Being right against the rest of the world is quite a pleasure and I certainly did indulge in it at some point of my existence. It is a good way to alienate potential, or even actual, support, however, as nobody enjoys being at the receiving end of in your face self-righteousness.

This is why so many radical movements, from feminism to atheism, accumulated such an embarrassing surplus of bad press despite what they claim to be their basic tenets having becoming mainstream.

This is also why there is a widening rift between the local opponents to the Notre-Dame-des-Landes poject and those who have come from elsewhere to “help” them. Those activists have come from all over France, and even, albeit in smaller numbers from abroad, to occupy the area where the airport is scheduled to be built.

They have had some success, and their clashes with the police earned them a significant amount of media time. They have, however, failed to integrate within the local community, as, I must say, was to be expected. 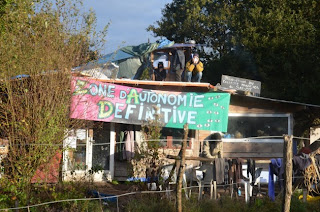 The zadistes, as they are called here, are radicals living in the margins of society, with mostly an anarchist background and a relatively high level of education. They certainly have to be lauded for putting their mouth where their money is. Beside clashing with the police, they have created a kind of communal counter-society with “non-hierarchical decision-making processes”. It tend to be skeptical of these. Private property has bad press, at least among left-winger, but in really hard times, it is an insurance against starvation and homelessness. As for “non-hierarchical decision-making processes”, well, we are pack hunters and hierarchy is a part of our genetic heritage. We can and must tame it, but trying to suppress it entirely is as efficient – and dangerous – as denying the existence of the panther which has just sneaked inside you bedroom.

That’s not the problem, however. The problem is that setting this micro-counter-society put them at odd with the locals who don’t intend to share their house with anybody but family and think that sitting in a district committee is a lousy way of spending an evening.

There is nothing wrong with living apart from the main body of society. Buddhist and Christian
monks have done that for a very long time. These, however, don’t want to reform society, and while they may consider the lifestyle of the majority to be somewhat inferior, they don’t deny its legitimacy.


The zadistes themselves are here to fight “capitalism” (which has become pretty much a snarl world in the French radical left, by the way), and that means ipso facto, denying the legitimacy of the values of the community around them. This has led to weird incidents, such as when zadistes decided to cut barbed wires around locals’ meadows... because of their symbolic values. Needless to say, said locals were not amused. There are also stories of reprisals against those who, to quote Brecht, “don’t take part to the struggle” and notably to its financing. 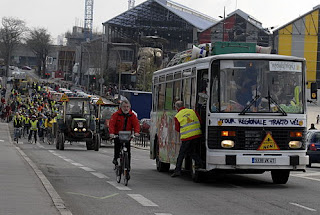 More important, this breeds an hollier than thou attitude which unfortunately runs rampant in radical organizations. This is an easy to fall in trap. After all, setting oneself as a member of a kind of vanguard ideological elite, miles ahead of the crowd, preparing the shape of thing to come and / or fighting against all odd a corporate behemoth or another, is quite a temptation, especially if you are a small minority in the general population. Feminists, marxists, local nationalists, radical right wingers have all given into it, so it is no wonder that radical environmentalism has done it too.

It is, however, a self-defeating attitude. Of course, it won’t make opponents to the Notre-Dame-des-Landes airport become its staunch supporters, albeit it may sway a few undecided people the wrong way, but it will make your cause more unpopular than there is any need for. The struggle against the airport may or may not be won, but unless you believe, as some do, that the Notre-Dame-des-Landes airport not being built will induce some paradigm shift, bring “Capitalism” to its knees and magically provides us with a sustainable society, you’ll agree that the decline of the industrial civilization will continue unabated.

In fact, one can argue that whether the airport is built or not is pretty much irrelevant to the fate of the area. In hundred years from now it will be a forest ruin locals will search for scrap metal. In a region which will at least partially flooded by the rising sea and lies downstream from a couple of nuclear plants, it probably won’t matter on the long run.

What will matter is whether we will be able to soften the coming long descent, among other things, by preserving survival techniques and by teaching them to those who will need them when the really hard times will come. This won’t be possible without trust. This trust can be achieved many ways, depending from the local culture. I am pretty sure however that instrumentalizing local struggle to grab political power or public subsidies is not conductive to that, and neither is insulating oneself in an self-righteous ivory tower.

We are social animals and pursuing our goals outside the community won’t get us anywhere.
Posted by Damien Perrotin at 6:38 AM