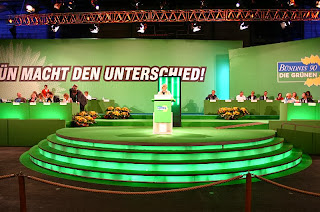 There have been a lot of bad news for Eupropean Green parties lately and it must be said that those woes are not really undeserved. In Germany, the local Green Party had commissioned Franz Walter and Stephan Klecha, both of the Göttingen Institute for Democracy Research to search the party’s archives and clear it from accusations of having defended pedophilia during the eighties. Unfortunately – for the Greens – they proved the accusations were very founded and that the Greens’ position on the issue was then a close approximation of NAMBLA’s.

This may have had an impact on the – disastrous for the Greens – elections which followed.

In France, the Greens are a part of the government. A few weeks ago, their (not so a) leader Pascal Durand, "discovered" that said government did not intend to do anything about the energy transition and threatened a mass resignation if a few measures were not taken. The Green ministers had a quick look at their paycheck, decided they wanted another one, and convened that Pascal Durand should lead the way by resigning from his leadership.

Needless to say, this has slightly tarnished their already dubious reputation. 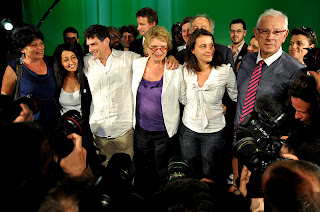 Of course, the Greens are not the only ones to have defended dubious causes back in the days. In 1977 a number of French pundits, Jean-Paul Sartre, Bernard Kouchner and Jack Lang among them, had signed a petition in support of three pedophiles, which hasn’t kept two of them from becoming ministers in very un-green governments later on. As for using one’s status as a minor ally of the dominant party to get jobs one will later be reluctant to relinquish even if that means sitting on one’s ideals... it is a national sport in France, and my own party is quite guilty of that.

Yet, the Greens, at least in France, embody those faults far better than the other parties and are frequently lambasted for this, even in the rather cynical political world.

This is partly due to their drawing much of their support from the urban upper middle class, who have no interest in changing a social structure they mightily benefit from, but still wants to enjoy the moral high ground. This is not the whole story, however.

Nature conservation and sustainable development are not a fertile ground for pedophilia and child abuse. The Greens, however, have a second agenda which, curiously is not compatible with the first, a kind of radical liberalism combined with a strong individualistic hedonism. In this environment, emerged in the 1970s, before the foundation of the Greens, the claims for decriminalization of sex offenses and a tolerance of sex between adults and children. In the early 1980s, part of this radical liberalism made its way into the Greens. 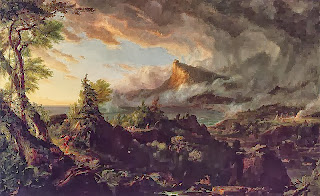 Nature conservation was not, at the beginning, a progressive issue. The project of the Enlightenment was to use rationality, and only rationality, to deal with the world. That meant getting rid of the influence of the churches but also establishing the dominance of Man over Nature so as to create in this world the paradise the churches promised us for the next. Note that does not necessarily meant democracy. Freedom of speech and rationality could, and did, flourish in an undemocratic context, such as Frederick II’s Prussia of Joseph II’s Austria and most enlightened philosophers of the time denied any legitimacy to the opinion of the people, opposing, like D’Alembert, "truly enlightened public" with "the blind and noisy multitude".

Nature conservation did not come either from the first opponents of the Enlightenment, the Counter-Revolutionists such as Joseph de Maistre. Those rejected the rule of reason because it threatened the (traditional) social order and undermined the dominance of the Church. The other branch of counter-enlightenment, romanticism, was totally different. It was often very critical of the old social order and of established religion. Romanticists spearheaded the revolutions and the national revolts of the nineteenth century, opposing dynastic legitimacy in the name, not of rationality, but of the peoples.

Romanticism opposed not rationality itself but rationality’s claim to supremacy. Romanticists valued the emotional and the atavistic, and they certainly could not find that in the rarefied atmosphere of the salons of the enlightened elite. Hence came their love for nature, as well as for folk traditions and medieval tales.

This yielded ethnic nationalism – which, at the beginning was the idea that the common people, 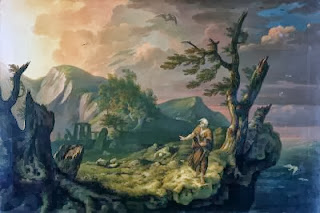 not some enlightened elite, should rule – but also a deep reverence for nature. One can find this ideology among the Wandervögel, a German back-to-nature youth organization emphasizing freedom, self-responsibility, and the spirit of adventure, or in the agrarian conservatism of Tolkien, whose heroes, please remember, are not princes but pipe-smoking undersized farmers.


Needless to say this ideology was deeply illiberal and not very fond of the mythology of progress.

German romanticism, however, took a wrong turn during the nineteenth century when the dream of back-to-the-land self-sufficiency got mixed down with Austrian esoterism and racial mysticism. The end result was the ideological cancer of Nazism and an apocalyptic war which buried ecological concerns under the ruins and made sure that when they would resurface, it would be on the left. 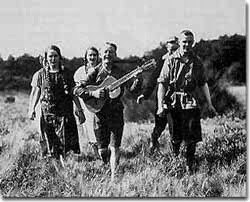 The problem was that it happened during the late sixties, just as the left, until them dominated by socialism, reconfigured itself. As left radicalism was embraced by the growing middle classes, there was a focus away from the concerns of the working classes toward hedonism and individualism. It is not by chance that, in France, the events of may 1968 began with a protest over the right for boys to visit the girls’ dormitory.

These ideas came, not from socialism, which was very ambivalent toward individualism, but from classical liberalism, that is from the Enlightenment. They, of course, continue its Messianic ambitions and dellusions.

The revolt of the sixties against the rigid post-war order was salutary in many ways. Many injustices had to be redressed, notably in favor of women, gays and racial minorities. Considering them like people certainly was a great advance on the way toward a decent society. The lack of involvement with the labor movement and the prevalence of middle class individualistic values among activists ensured, however, that the political organizations born the New Left would be liberal, in the European meaning of the word. 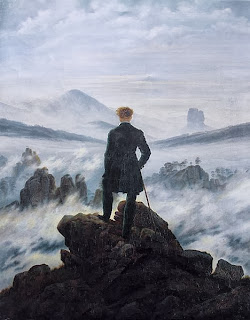 The Greens are one such organization and here lies the problem. As Franz Walter said their two ideological engines are not compatible. You cannot at the same time defend individualism and community solutions, hedonism and sobriety, progress and sustainability. Sooner or later, as with the Social-democrat parties, one of the two agendas will be put to the back-burner or replaced by noisy tokenism. Since mitigating the effect of peak energy is likely to involve very unpopular measures we can safely bet that societal issues, on which an agreement can be easily reached with Social-democrat parties, will come to the forefront, along with those Paul Kingsnorth call neo-environmentalists. This is already the case to some extend. The French Greens have been far more vocal about the Leonarda Dibrani case than about the planned prolongation of the lifetime of the country’s nuclear plants.

For groups rooted in the upper “bobo” middle class, it is the path of least resistance, and it is why it is becoming more and more dominant, relegating the romantic vision and the notion of limits to the fringes – and sometimes, it must be said, forcing them into shady neighborhoods.

That means that the Green parties will become more and more irrelevant to our predicament and less and less likely to bring a constructive response to the ecological crisis. In fact, they will probably delay the emergence, at the political level, of a true political answer to peak energy, free from the mythology of progress, the liberal delusion, but also from the cancerous remnants of the völkish perversion.

Yet, this is what we must work on if we want to face the coming energy descent without falling into the same cancerous traps as German Romanticism

Posted by Damien Perrotin at 5:46 AM